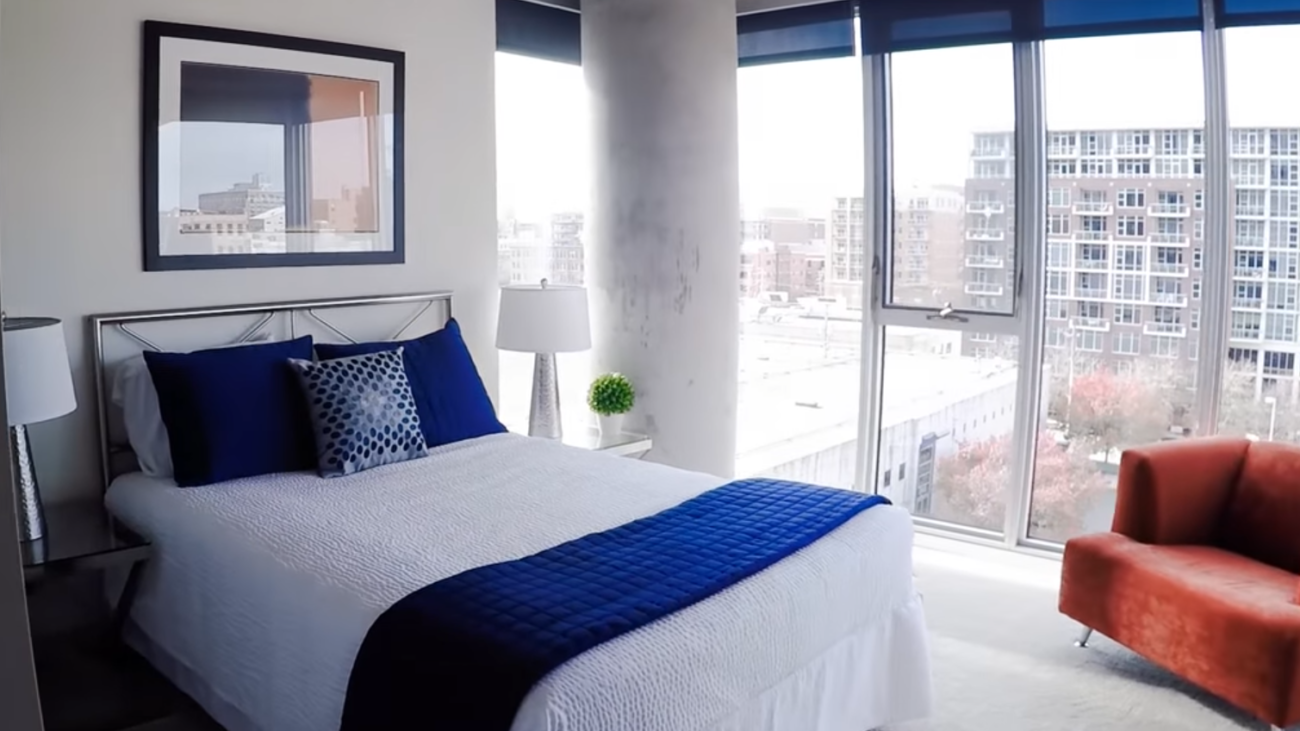 2-Bedroom Apartment Guidelines in the USA

This is a topic that is really important for tenants and landlords, and is not as simple as you might think. This is because the answer may depend on the size of your property. Read on to find out how you can determine how many people can live in a 2-bedroom apartment.

Standards by the Federal Government

The Federal Government introduced occupancy limit standards to help preserve the real estate industry. Urban Development and the Federal Housing Department created the Federal Fair Housing Act, which determines an occupancy limit of two people per bedroom in a rented property. This means that by federal recommendation, the maximum occupancy for a 2-bedroom apartment is four people. This decision is to ensure the safety of the occupants and the rental property, as more people living in this space would increase the risk of physical damages.

If an apartment becomes overcrowded with occupants, there is a higher risk of accidents and fire hazards occurring. It would also be more difficult for all inhabitants to exit the property in an emergency.

The more people that live in an apartment, the more belongings there are, more furniture needed, etc. Water and electricity usage will also significantly increase. This means if you have an agreement with your landlord that they cover electricity bills, they will get concerned if the bill rises more than expected. Landlords would also prefer fewer occupants as wear and tear will occur at a faster rate if there are lots of people living in a small space.

When does a Guest Become an Occupant?

If someone lives in your apartment that isn’t your child and isn’t on the lease, they can only stay with you for a limited amount of time. If they stay longer than the time agreed, this will become a lease violation. Typically, landlords start calling a guest an occupant if they stay in your property for over one week.

If you’re planning on having an occupant stay in your property for an extended period of time, it is advised to inform your landlord or property manager of the situation. Make sure you read through your lease so you understand what you agreed to in terms of guests and extra occupants. The last thing you want to do is violate your lease and risk being evicted!

A landlord or property manager can ask a guest to leave a 2-bedroom apartment if there’s reason to believe they’re damaging the property or disrupting the local area. If the guest refuses to leave, the tenant on the lease becomes responsible which also increases their chances of eviction.

How many People can Stay in a New York City Apartment?

The number of occupants that can live in an apartment in New York can get a little complicated because it’s addressed by different sections of the law. The first law is called the Room-mate Law, which is in New York Real Property Law. This says a residential lease entered into by one tenant implicitly permits that the tenant can share the apartment with their immediate family, and/or unrelated persons, for reasons of economy, safety, and companionship. What this means is if there’s only one tenant on the lease, their immediate family, plus one additional occupant, and the dependent children from the unrelated party can live in the apartment.

This then means if two people sign the lease, and you take into account the immediate family for both lease signers, unrelated occupants, plus their children, you could be looking at nine or ten people in what could be one apartment!

This then gets even more complicated.

This gets really interesting when we look at another section of the law called the Housing Maintenance Code. This says every person in an apartment, or a one- or two-family home, must have a live-able area of no less than 80 square feet. Let’s do some math. A standard New York City one-bedroom apartment is about 500 square feet. We then divide 500 by 80 which gives us just over 6. This means the maximum number of people who are legally allowed to occupy an apartment of 500 square feet is 6.

But if you look back at previous laws, you’re only allowed as many occupants as tenants on the lease. So which law do you abide by? This sounds like a great question to ask your attorney, but a good rule of thumb is to abide by the smaller number.

However, in a private home, the owner has the right to use discretion on who they want in their apartment. This means if you have a roommate situation where you have 4 people sharing a 2-bedroom apartment, this could be a lot of wear and tear on the apartment. This gives the owner the right to say they don’t want this to happen. The important thing is to be truthful and present all of your information when you apply for an apartment.

What do you Need to Tell your Landlord?

In the instance of an increase in the number of inhabitants, the tenant needs to notify the landlord within 30 days of the extra person(s) moving in. The landlord cannot say no to this, as long as it is legal according to the laws set by your state. However, if you’re still unsure, it’s best practice to talk to a tenant attorney or a qualified professional to see if you can legally bring a new person to live in your home.

If you’re the Landlord

You cannot limit people from having a significant other, or family move in if it’s legal according to state code. If you have any concerns, speaking to a landlord attorney is the best way to get advice and guidance. Make sure to do this before you make any rash decisions, as you do not want to end up in court because your restrictions weren’t legal.

Going over this could put your lease in jeopardy, and increase the risk of hazards.

To cover your back, make sure you adhere to your lease, federal recommendations, and local regulations.